She Got Angry if People Sang Happy Birthday in Portuguese 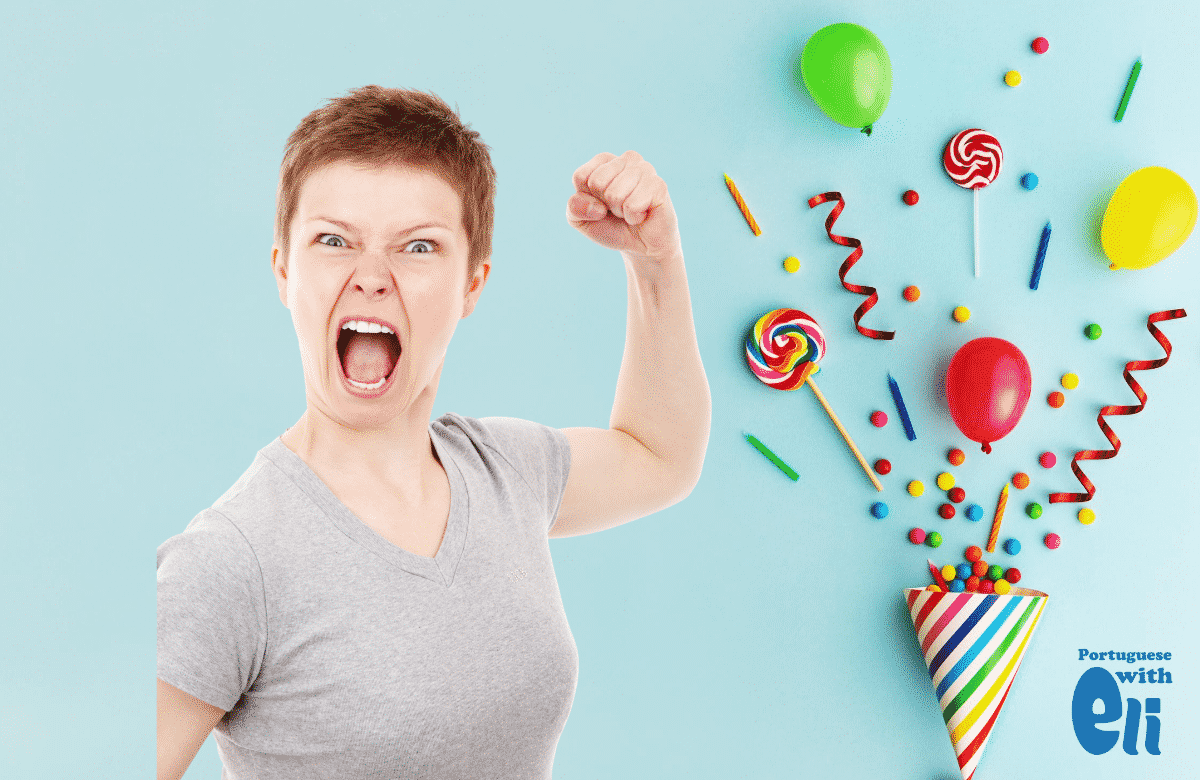 Berta Celeste Homem de Melo got really angry when people sang Happy Birthday in Portuguese, and in a moment you’ll find out why.

First, just bear in mind that the birthday song we know today was an adaptation from the original “Good Morning to All” created by the American sisters Patty and Mildred Hill back in 1893.

(but not everybody agrees on that, though.)

And when the happy birthday son came over to Brazil, nobody really translated.

At birthday parties, people would sing — even in broken English — the original version of it.

And so it went for a couple of decades. Until a man called Almirante (not his real name, since it means “Admiral”) went bananas over the fact that people had to sing it in English. He wanted to have a local version of it.

He went to his radio show on the Tupi network from Rio de Janeiro in 1942 and organized a contest to select the best birthday song in Portuguese.

Of course, the songs that would compete should fit in with the tune of the original song.

An Unassuming Woman Got it

If you have some acquaintance with Portuguese, you know how funny the name of that city sounds to Brazilian ears.

That’s the kind of place we scramble to find a way to include in a joke.

But anyway, Berta Melo led a very simple life there. She graduated in pharmacy, got married, and had a daughter. During her lifetime, she worked as a pharmacist in her hometown.

But very few people knew a little secret she kept — she composed poems and jingles that really stuck with us.

She composed jingles mostly for commercial brands… Like this one, a veritable earworm:

“I am going to tell you a secret

that everybody knows by heart

it makes even a rock shine

Read aloud the Portuguese version and you’ll see how it rhymes.

But her talent brought her fame when she composed the Portuguese version of the “Happy Birthday to You” song.

The jury — which included three of the “immortals” of the Brazilian Belle-Lettres Academy — had to choose only one from more than 5000 entries.

Tough one, they thought, but the winner stuck with us up to this day.

The reason they chose hers over the other 5000 entries was that her version was the only one that featured a different verse in every line… and really sounded good.

Berta made a lot of money from it, but as the time went on she had a bitter surprise…

People just didn’t get it

But you know, Brazil is a country of continental proportions. And not many people read.

So, since one would pass this song onto the next fellow by word-of-mouth, people were likely to include in it their own twist.

And include they did.

Little by little, the tune changed and now our “Happy Birthday” song in Portuguese reads:

And not only that — we have variations and add passages that didn’t exist when Berta originally created the Portuguese version.

People tell that she got really angry whenever she heard “felicidades” (“there’s only one happiness!”). And if that’s true, much to her chagrin, the modified tune is now the official one, and nobody will ever return to her version of it.

And if you can get past the 30-mark, you’ll hear in this video the whole song that Brazilians grow up to learn and love:

And just one more thing:

If you’ve heard “parabéns” and are thinking “but isn’t that congratulations?” you’re right. Read this article I wrote about congratulations in Portuguese and find out why they are different — though the sound the same.

And how do you sing “happy birthday” in your country? Tell me in the comments below.