Why do Brazilians Have two Surnames? (And so Many Names?) 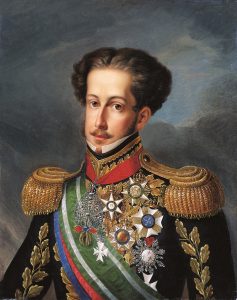 If you’ve seen our kilometric names and even more odd-sounding surnames, you’ve probably asked yourself — why do Brazilians have two surnames?

The fact is, having two surnames seems to be the norm. But, not all Brazilians do.

There was this woman who worked with me in a call center whose surname was Landim. She had one name and one surname, that was all.

How I envied her luck!

Growing up, I’ve always hated writing my whole name down. So much so that, at the age of 10, I started counting how many letters I had to print carefully on the dotted line of school exams and other documents.

I could get it done in ten seconds or so. But there was this unlucky Portuguese emperor of Brazil who might’ve detested writing his name. He had 16 names. (Say what?)

But it’s quite simple to understand the logic behind the two surnames.

So, my father is Sousa and my mother is Gomes. And I am Gomes de Sousa.

When people marry, one of the partners adds to their name the significant other’s surname.

So, my mother’s maiden name was Gomes. After marriage, she became Gomes de Sousa.

But now, with same-sex marriages and more equal relationships, it’s up to the couple to decide who changes what… or if it’s better to keep things that way.

(Just one quick thing: one of my students drew my attention to the fact that my last name must have been my great-great-grandfather’s name. I never thought about that, and it blew my mind to see that my mother’s last name is also her grandfather’s… which is impressive, given the fact that the Ferreira Gomes family is a traditional one in my state — Portuguese Wikipedia)

Most Common Surnames in Brazil

I belong to the second-largest family in Brazil: the Sousas.

The biggest family is the Silva, by far.

And because they’re too common, they’re associated with anonymity or unimportance.

Surnames have the power to open doors… or close them in our country.

And because of our colonial history, surnames may be a signal of distinction—even today.

I’m giving you the ten most common surnames in Brazil — all time.

And like the English surnames, whose origins may refer back to:

Or really anything, Portuguese surnames have a meaning.

Silva comes from the Latin word meaning woods or jungle.

Santos is related to the saints.

And Sousa comes from saxa, a Latin word for rock (today, the word that derived from it, “seixo,” means pebble). It might have originally referred to the people who lived by the Sousa river, in Portugal.

In Brazil, its spelling changed to Souza.

I’ve met one Astrogildo in my life, and he was born some 80 years ago.

That name was common then — today, it’s what we use for jokes.

Names lose or gain popularity according to the times (note: in Portuguese).

But some never lose favor with the people.

In Brazil, for instance, you’ll always find names like:

But in recent years, a different trend has emerged. That of compound first-names.

That sounds like something the royalty would have (in Portuguese, that is).

And in the next years, we’ll have heaps of Maria Valentinas e João Pedros everywhere.

Most Popular names in Brazil in 2019 (registered names):

You can see more here (in Portuguese).

Of course, that odd-sounding name isn’t an exclusivity of the Cleopatras and JesseJames of the English-speaking world.

In Brazil, some parents have no mercy when giving their children names.

Of course, those who hate their names — or who are ridiculed because of them — can legally change their given names. But the process is usually slow.

So, what is in your name? Do you know any Brazilian whose surnames have always intrigued you? Tell me what you think or know in the comments section below.