Do You Know What Languages Are Spoken in Brazil?

You may have wondered what languages are spoken in Brazil. At least, you might have imagined we speak Spanish.

Don’t worry. You’ll not be judged. Your assumption has a solid base. Brazil is really a multicultural country.

But what you may have not guessed is that we speak more than 200 languages in this country.

Languages from different places. Different nations. Even from the indigenous peoples that have existed in Brazil before its colonization.

But it doesn’t mean that all Brazilians speak all languages.

You’ll find below a list of some different languages we speak here and where. 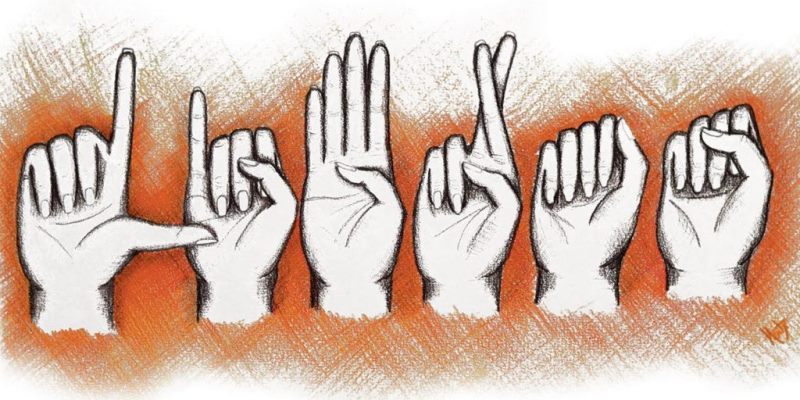 You can find LIBRAS speakers all over the country.

That translates to 9.7 million people. Out of that number, around 2.5 million don’t understand Portuguese and don’t use it.

Although there is no exact number of users of the Brazilian Sign Language, it is believed that a great number of people have adopted LIBRAS as their only language. To that number, we need to add the bilingual individuals, individuals with no disability, and people who know Portuguese and LIBRAS.

To go a little deeper:

You can find Talian speakers in the southern part of Brazil. They are spread in different cities of each state. You can find them in the following cities: Caxias do sul, Farroupilha, Garibaldi, Bento Gonçalves, Flores da Cunha, Veranópolis, Erechim, Carlos Barbosa – in the state of Rio Grande do Sul; Joaçaba, Caçador, Chapecó, Concórdia in the state of Santa Catarina; Cascavel, Pato Branco, Francisco Beltrão, Medianeira, Toledo, in the state of Paraná.

Below you’ll find “The Mucker,” a Brazilian movie shot partly in Hunsrückisch (at around 22:00 you’ll get to hear some conversation).

You didn’t see that coming, did you?

Brazil is a huge country. Because of that, it borders with several countries. Those countries have Spanish as their official language. So, it stands to reason that people living those regions would speak Spanish as well.

According to the website Ethnologue, there are about 490,000 Spanish speakers in Brazil.

Japanese is not as widespread as other languages might be in Brazil. But it doesn’t mean it is less popular.

It is spoken in some places in São Paulo and Paraná. Although the second largest Japanese speaking community outside Japan lives in Brazil, we don’t have a specific number of speakers of this language in the country.

But there are many heritage speakers of Japanese.

If you want to learn Japanese using Portuguese as a go-between language, visit this website.

This African language came to us with the slaves.

You may not know, but Brazil was one of the many countries stained by slavery. It is a shameful part of our past, something that should never be repeated.

But that fact also brought to us many of the languages that were – or are – spoken in Brazil. Jurussaca is one of them.

There are only about 600 speakers of this language, and they can be found in one quilombo, a settlement where runaway slaves hid in the past, in Pará.

The name Gira comes from the Portuguese word for slang (“gíria”). The Tabatinga community is located in Bom Despacho, Minas Gerais..

Unfortunately, it is a dying language.

When slaves wanted to communicate without letting their owners listen in on their conversations, they used this language. It was spoken in the senzalas, the slave quarters.

Here is an old news coverage featuring this language.

Although the number of speakers is not big (only about 7000, according to Funasa, Funai, 2008), it is spoken in a coastal area that stretches from Espírito Santo to Rio Grande do Sul. You can also hear it in some places along the borders between Brazil, Bolivia, Paraguay, and Argentina.

And if you want to go even deeper, you might want to learn about nine popular podcasts that are good for your level.

So, did you imagine Brazil was such a diverse country in terms of languages? How about your country? What languages do you speak at home, with your friends, on the streets? Let us know in the comments below.