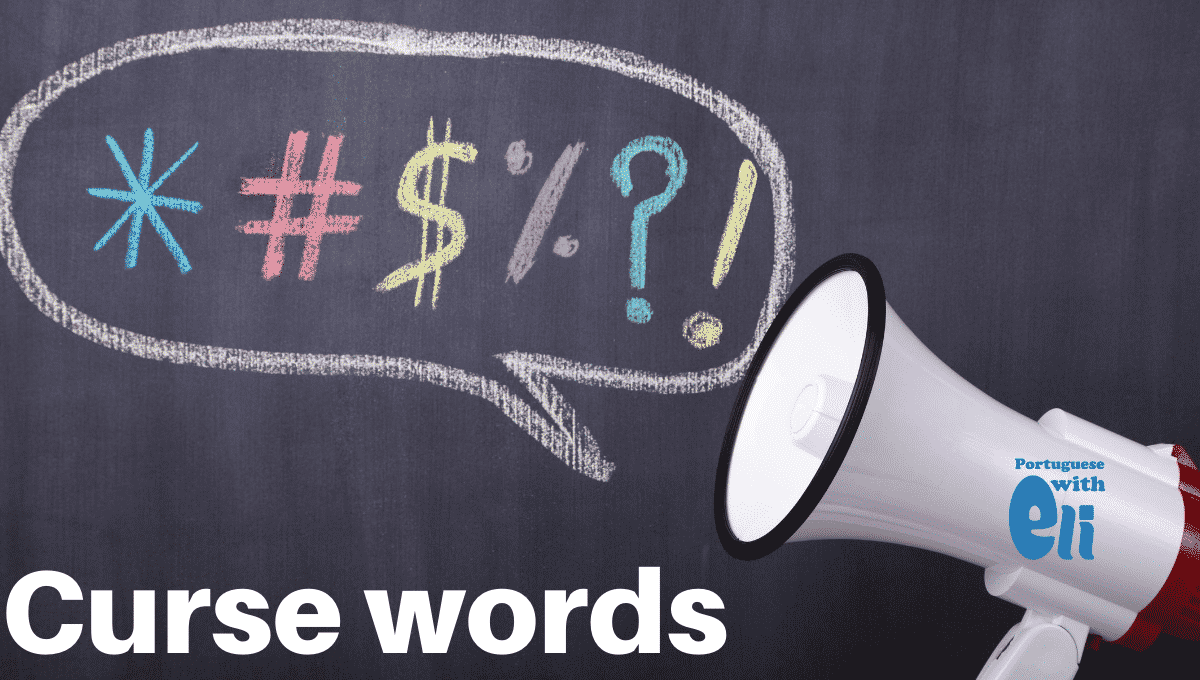 Disclaimer alert: this is a topic for mature adults. If you are easily offended — or not interested in using Portuguese curse words — you can skip this article. No hard feelings.

But if you are one of my students who always want to use curse words in Portuguese but don’t know how, you’re going to like this article.

A Hungarian-born Brazilian translator had a strange belief. He thought that once you start using curse words in a foreign language you have achieved true mastery.

That may sound odd, but he is right. Only when you are able to say fuck naturally without second-guessing yourself can you say you are truly fluent in a language.

I can think of two main problems with Brazilian Portuguese curse words.

The first one arises when you ask a Brazilian to teach you the “big words” (palavrões). They’re going to teach you the most obvious ones, the words we don’t spend a day without hearing from a friend or even on TV. And these are only a handful.

The second thing is that Brazilians get really creative when they want to cuss.

An approximate translation is: for the bitch who gave me birth, what disgrace of crap is this?

And obviously, this means “what the hell is this?”

Textbooks won’t teach you this kind of stuff, and Brazilians might shy away from this kind of vocabulary — they just don’t remember it well.

Some Curse Words and Phrases

Now, let’s take a look at some of those curse words we’ve been talking about.

I will try to organize them from the least offensive to most offensive, but hey I cannot guarantee anything.

And hey, this isn’t an exhaustive list. It’d be impossible for me to teach you everything in an article… but I might help you in a lesson 😊

“Babaca” is a mild one. Children might say it but they don’t want to get caught by an adult. And you could say that among friends.

“Droga” is even milder. Even a child might use this and he or she wouldn’t be scolded because of that. However, you won’t sound childish if you use it.

This is where the rubber meets the road… Or some similar expression.

“O cacete” and has the same emotional impact and are equally offensive. “Cacete” means “dick”.

A very common word you can also use with this meaning is porra.

This is certainly something you don’t want to say to strangers — unless you want to pick a fight.

This one is strong and its translation is challenging for anyone who wants to make it sound natural.

Puta means “bitch”. But only in the sense of “prostitute”. It doesn’t carry the meaning of “unpleasant, disliked woman”. And the verb “parir” means “to give birth” but is usually said of an animal.

Thus, we have “the bitch who gave birth.”

But emotionally, it has an impact on Brazilians in the same way that “fuck” has to you, an English speaker.

That’s why I chose to translate it as “fuck”. In the next example, I picked a mild word… for want of a better term.

But that’s a very strong expression as well. And “te” is optional.

If you speak Spanish, you might be tempted to think it okay to use this word in a conversation with your mother, for example. Don’t fall in this trap.

Words for genitalia tend to be taboo in most languages, and Portuguese is no different.

And in time: when texting, people type “krl” to mean “caralho”.

And as is the case with some other words in Portuguese, “foda” can be either positive or negative depending on the sentence and the context.

In the example above, it’s clear that Jack [Thiago] is a bastard. We don’t like it when people arrive late for whatever appointment we have.

But if you’re very good at something — a pro — people will probably tell that you are “FODA”. And that will be excellent. So much so that we have a bestseller in Brazil called “Seja Foda” (affiliate). And it happens to be a very simple (almost simplistic) book.

In my home state, “a son of a mare” (filho de uma égua) is a very strong curse phrase, but not as strong as son of a bitch. We use it to avoid saying the whole thing.

And in daily conversation, “Filho(a) da puta” will sound like “fela da puta” in many of the Brazilian states.

Ah, vai tomar no cu. Eu não vou fazer esse trabalho por você. Ah, up yours! I’m not doing this job for you.

“Cu” is slang for “arse”. No more explanations are needed. And this is a perfect expression when you want to cut someone short if they’re being a babaca.

We even have a song!

And a Quick & Dirty Essay

And not a day goes by that I don’t call one of my friends “viado” (from veado, deer, but it means faggot).

Not that they have any problems with their sexuality. It’s a learned behavior I have, since I’m Brazilian.

In Brazil, it’s a big deal to insinuate that someone is gay. If I call them “viado” they will probably say something like “baitola” back. This one means faggot, but only in Ceará, my home state. In other parts of the country, people use different words.

With my female friends, the ones I like very much, I might send them a friendly voice message like “ei, sua vaca, vai dormir até amanhã?” (hey, you bitch, are you going to sleep until tomorrow?).

The implication here is that she’s an unpleasant, disliked woman. And with most people I know and have a good relationship with, I might say “ei, corno, qual é o teu problema”. It’s “hey, cuck, what’s your problem?”. And I’d probably add a gesture imitating a horn, to insinuate that they were cheated on by their spouses.

And to make things stronger and worse, you can use the diminutive with any one of those expressions.

As for using these words, I have only one word of advice: moderation.

If you are not as fluent as you would like to be, you want to listen to what other people say and how they use these words. You can imitate what they say. Don’t translate from English and don’t use English structures in Portuguese… It’s not that it’s wrong, it just sounds weird. And you want to sound natural, right?

For more vocabulary, head over to our vocabulary section and do yourself a favor. Learn some words there are going to be as useful as these curse words in Portuguese 🙂