Say the Months in Portuguese without Toil 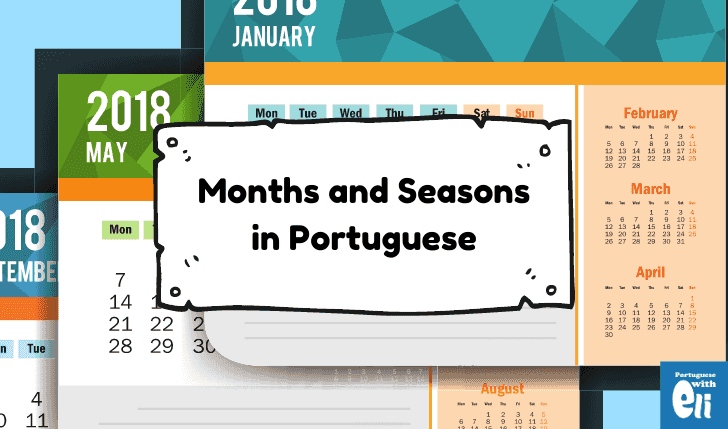 Learning how to say the months in Portuguese is quite easy.

But if you only wanted to “learn” them, why would you turn your computer on and read this website?

You can print it out simply from a textbook.

But there’s much more than that about the months, you know?

After all, the words for the months exist in the language, and Portuguese exists in Brazil… And in Brazil, we have many things taking place all the time.

And with March come the rains.

In June we celebrate the harvest…

And in November we celebrate our dead.

So, why the heck would you waste your time just learning the words for the months in Portuguese when you can discover a whole new world?

Well, you won’t find everything here — Brazil is a big country, you know — but everything that matters will be there.

The word for “month” in Portuguese is “o mês” (plural: meses).

It’s masculine. And it stands to reason to say that all the months are masculine as well.

But you can take it from me that you’re not going to use the articles – definite or indefinite – very much.

And below you’ll find the list with the months of the year in Portuguese.

In all major romance languages and many other European languages, the words for the months are recognizable.

After all, we have a shared history with the Roman Empire.

So, January comes from the god Janus, who keeps gates and doors.

Julho was named after Júlio César.

You don’t really need all the information to be able to say those words.

But that makes for a very interesting conversation starter. 😊

How to Talk — and Write — about the Months in Portuguese

Talking and writing about the meses do ano differs a lot from English.

So much so that Brazilians have a hard time trying to understand your MM/DD/YYYY formatting.

We think, “how come there are twenty-five months in the year?”

FYI, our formatting is DD/MM/YYYY.

And in this section, we’ll talk about the Brazilian way of notating dates and months.

If you haven’t noticed, there are three things going on here.

The day is written in cardinal numbers (“one, two,” rather than “first, second”).

In general, for numbers under ten, we write them out. For numbers higher than that we prefer using the numerals themselves.

But when talking about the first day of any month, you should use the ordinal number — “primeiro”.

In May, in January… — What Prepositions Should I Use?

As we said above, you don’t need to use the article when talking about the months. They’re masculine but that affects only the adjectives that you use to refer to them.

If you want to tell your good friends you’re going to come to Brazil in February, that’s how you would go about it.

And the preposition is always “em”.

Some good friends make the following mistake on occasion.

And from time to time you’ll hear people refer to a specific event taking place:

And that’s the only situation in which you can use the article.

Say you’ve been working from home all throughout this pandemic.

The days look the same, you always have the same conversations… same is the keyword for your life now.

One day, you wake up confused and ask yourself:

If you ask this question and a friend overhears it, he or she will answer:

But you actually wanted to know what they of the month it was, not what day of the week (which you can learn more about here).

You just had to be a bit more specific:

And now with an understanding smile your friend would probably reply with:

When talking about the first day of the month, they would have to use “dia primeiro” instead of “dia um,” though.

And if your friend were like mine and didn’t want to leave anything up in the air, then they would give you the complete shebang.

And here is your graphic review of everything you’ve seen so far: 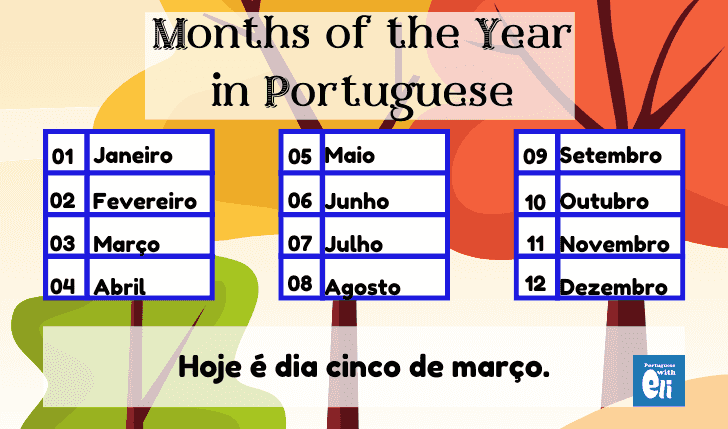 Carnival is a movable holiday — it might take place either in February or March.

I don’t need to introduce you to the Brazilian carnaval.

It simply the biggest street party in the world.

And if it isn’t, well, let me play in my sandbox.

In another article, I will discuss some interesting facts about the carnival in Brazil.

All I know is this — the pandemic has made many state governors and city mayors to rethink this event for 2021.

The Portuguese word “junino” refers to the month of June.

And during this month-long holiday we celebrate the corn (and other crops) harvest in the northeastern part of Brazil.

I’ve never done that, but people are known to jump over bonfires that they light on the streets.

After carnival, this is the most important national party we have.

And in my humble opinion, it’s much better than carnival. We’ve got food, good music, and way less violence than we have during carnival.

School holidays — or school vacations, as we refer to them here in Brazil — take place twice a year: in July and in the second fortnight of December until the end of January.

July is the best time to go to the beach and enjoy traveling around Brazil. It’s high season but, if you know what I’m saying, it’s not as high season as in December.

Food is cheaper, the beer is right, people are fewer, so enjoy you might.

“August is the month of sorrow.”

Brazilians are a superstitious people.

So, because of a simple rhyme, we took a strong dislike of the month of August.

Why would that be?

Is that because in August…

… Another Brazilian president was forced to step down?

… Hiroshima and Nagasaki were bombed?

… A former Brazilian president died in a car accident?

… A revered Brazilian singer passed away?

The fact is, this superstition that August brings bad luck dates back to the Roman Empire.

Back then, people believed a fierce Dragon spat fire in the skies during this month.

But poor people… It was just the constellation of Leo (in Portuguese).

A Independência do Brasil

During this month, you can see martial bands marching around. But this tradition isn’t as strong as it was twenty years ago.

The children’s day in Brazil happens to be on the same day as the patron saint of the country’s.

Because it’s a religious holiday, nobody works. And people believe it’s due to the children’s day.

The day of the dead. Saying it like this might come off as macabre, but that’s a simple — and respectful — way to refer to those who passed away.

The word for deceased is “falecido”, from the verb “falecer”.

This word is quite common in Brazil. Mainly because of how salaries are paid here.

You can either be paid monthly or bimonthly. If you’re paid bi-monthly, it means that every fifteen days you get part of your salary.

And because A leads to B and B leads to C, the word quinzena came to mean the amount paid corresponding to half a month’s work.

And Bonus Section — the Seasons in Portuguese

We won’t go into much detail here because it’s quite simple.

All you have to know is that to Brazilians in the upper part of the country — north, northeast — the distinction between summer and winter is just this. 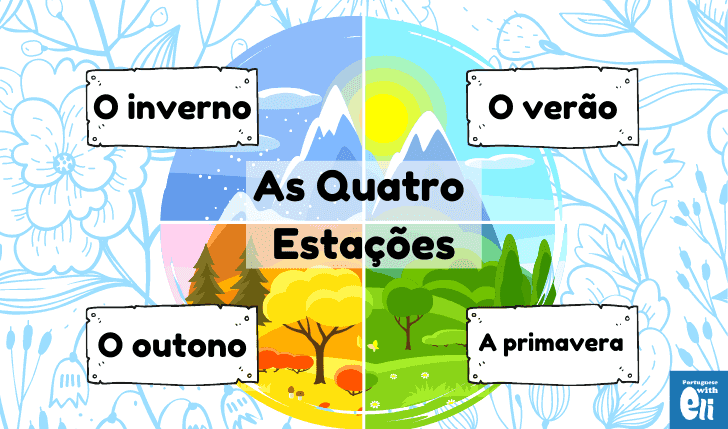 And now you know much more than many Brazilians do.

Believe me, not many people latch onto why August is such a hated month.

And if you’ve got the time, let me know — what’s your favorite month of the year?

I wish I could say June — my birthday month — but I really like November.