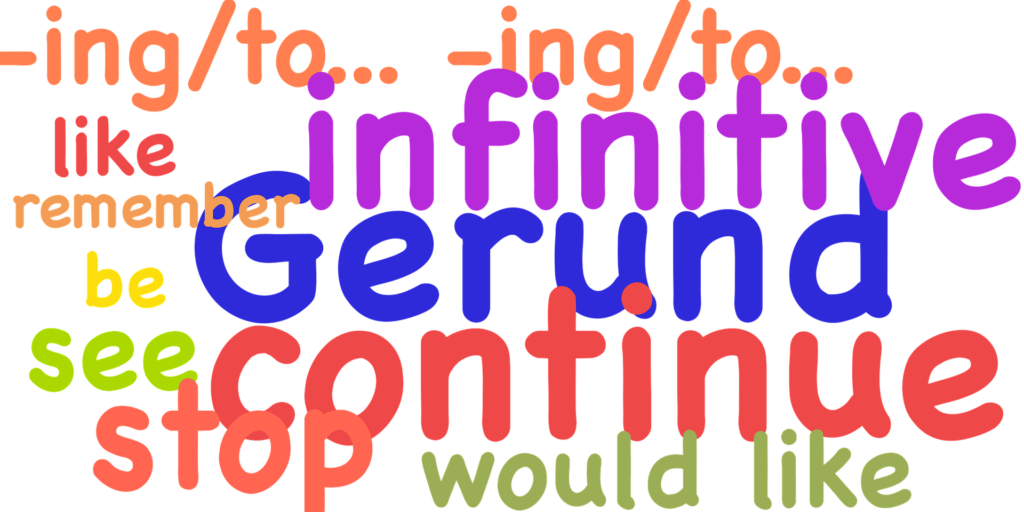 As if the subjunctive and the other funky tenses weren’t enough, you still have to study Portuguese irregular verbs.

But hey – many languages that feature some form of conjugation (even English!) force their learners to deal with irregular verbs.

In English, you have verbs with irregular past tenses – dive, dove, dived… Come, came, come… That’s not easy for people like us to learn.

Japanese have different forms for verbs depending on the person you’re talking to. That’s what I call “very, very hard.”

In Portuguese, in addition to many verb conjugation you have to learn, you still have to tackle irregular verbs.

The bad thing is that they are irregular (duh!). That means there is not a single rule that can be used for each one of them.

But the good thing is that they carry some similarities. Even though the root of the verb may change a lot, the endings tend to be quite similar.

Another aspect of the Portuguese irregular verbs is that most of them end in -er.

Very few verbs end in AR and are irregular. One blatant example is the verb “estar,” which is another word for “to be.”

But I’m getting ahead of myself. Before we move on, let’s understand what we mean by regular and irregular.

What are regular verbs in Portuguese?

When the verb is regular, it means it’s root doesn’t change when it’s conjugated.

The root here is FAL-and it is used with all conjugations in all tenses.

The endings are the same for every single verb – of course considering its ending in the infinitive (ar, er, ir).

And what are irregular verbs in Portuguese?

now, when the verb is irregular, the root changes – and sometimes in ways we can’t really understand.

Take the verb IR, for example.

It has to do with etymology. Folks like me are all about etymology. You can learn it if you feel tempted to, but having this knowledge without having to use it will just make you feel bloated.

(By the way, the verbs “vadere” and “ire” blended together to give birth to our Portuguese “ir” and it’s conjugations. There is more, but if you want to have some topic for conversation, now you can use this one)

But the good thing is that they are very few and tend to follow certain paradigms.

And just two of those verbs that are very important are “ler” and “ver”.

Some verbs that change the root are:

And some verbs that change the ending are:

Is there any way to identify irregular verbs?

The short answer is: no.

This is something that you have to sit down and read and memorize some of the verbs.

The good thing is, they are frequently used. You’ll end up learning them even if you don’t want to.

And here I prepared a list with five very common irregular verbs ending in -ER that can be very helpful, especially if you have learned Spanish before or if you speak it as a native language. 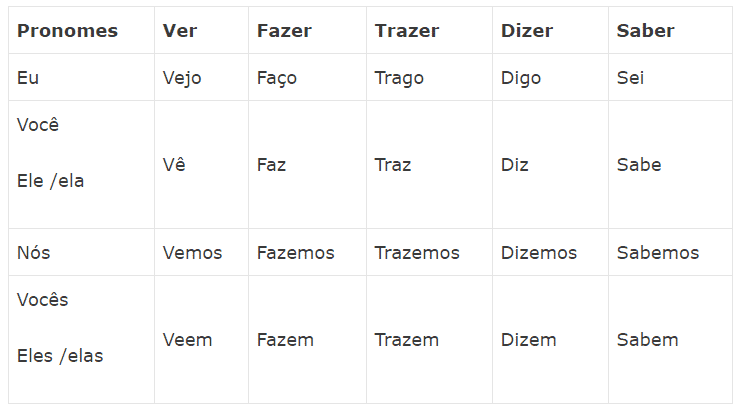 Exercises (instructions in the video)

And a special gift for savvy PwE learners

You can’t rely on your teacher whenever you need to understand or remember the conjugation of a specific verb.

And in Brazil, we have some good resources online – free – that help us and may help you have a better grasp of Portuguese.

I routinely use this website when I have to write longer texts in Portuguese. And I think you’ll benefit from it, too.

And since you’ve read up to this point, it probably means you need some help to get rid of the frustration of using verbs in Portuguese — with so many tenses,  it’s easy to get confused.

Well, be confused no more. You can get your solution here.

If you want to read more grammar articles, head over to our content-rich grammar section.